What Happened to the Print?

I recall one of my earliest computers which housed what I then considered a "large capacity" hard drive.  I'm pretty sure it was 6.2 Gb and I remember thinking to myself, "How could anyone EVER fill up 6 gigs of disk space?"  Now, 6 gigs isn't even enough to run a modern, feature laden operating system.  Even worse, 6 gigs is barely large enough to hold 2.79% of my current photo library - Seriously! 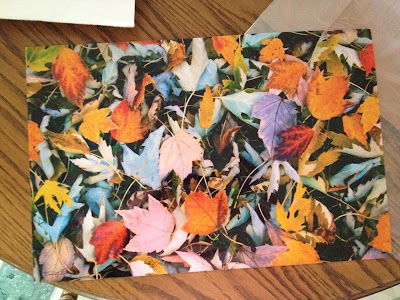 In today's world of digital photography photo libraries and the storage to hold them have exploded in size.  I recently read a quick fact that stated 70 billion photos will be uploaded to Facebook this year and that Facebook's photo collection currently has over 140 billion photos.  140 BILLION!!!!  But, what do people really have to show for all those photos?  If we're taking and sharing photos so quickly, are we really stopping long enough to enjoy looking at them and the memories they hold?

You may be asking, "But, Travis, you post a lot of pictures, so aren't you just as guilty?"  Maybe I am.  Over the course of the last 6 years I have snapped A LOT of photos.  However, I bet 98% of them are never viewed by anyone but me, which in itself is a shame.  They sit on my hard drive collecting digital dust.  Even worse, of the 2% that I do share, probably 1 in 100 will get printed for proper display.  Ok then, why don't I share more photos?  And why don't I print more of the photos I do share?  My primary excuse is that I'm very picky on deciding what photos get shared, which is where I feel I differ from the average person.  If I don't think it's worth sharing, I don't share it.  My second excuse is that I'm too busy to sit and go through them, which is a "mostly" true statement.  Am I busy?  Absolutely.  Can I make time to sit and edit photos?  Sure, but it's tough.  Most of my photo editing sessions occur late at night after everyone else is asleep.  The past 3-4 months, I've been so consumed with work that I haven't really felt like editing photos because sleep sounds so much better.  Yes, yes...just excuses and excuses are like a**holes, right? :)

Not that long ago, I remember hanging out with friends and, most of the time, someone had a 35mm film camera with them.  At a time when saving money for beer was on of the highest priorities, the cost of film seemed really expensive and you only got around 30 exposures per roll.  Blindly snapping photo after photo could really be looked at as a waste.  Even without blindly snapping it seemed like 1/2 the photos came back looking like crap anyway.  Yet we snapped away and it never failed that when someone came home with several envelopes of newly developed photos, everyone in the apartment immediately stopped what they were doing, huddled together, and jockeyed for the best position to see what surprises the envelopes held.  Laughter ensued, surprises were found, events were remembered!  The "good" photos typically made their way onto pin boards or the refrigerator for permanent display.  Does anyone do that anymore? 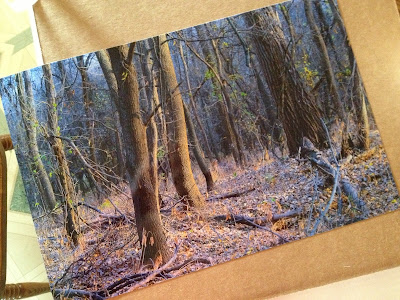 Anyway, I've pretty much babbled along here without making much of a point, but I promise you there is one, so hang with me...

A couple months ago, a friend and former coworker took a new position with a new company.  After a couple weeks at his new job, he approached me with a question - if he selected a couple of my photos, would I get them printed for him so he could frame them to hang in his new office?  "Are you kidding?  I'd love to," was my response.  Heck, it's not every day someone wants to hang one of your pictures for display in their office!  With that, he selected his photos and I assured him I'd try to get him the best prints possible.

For the next week I went back and forth several times trying to decide where I wanted to submit my photos for printing.  I finally decided to try Mpix, which was a bit of a gamble because I'd never used them before.  I submitted both photos for printing on their metallic finished paper in size 12"x18", which I've found to be my favorite print size (at least for framing) because it does not require any cropping for 3:2 aspect ratio photos.  Plus, I consider it my "Goldilocks" size, not too big and not too small - just right!  Two days after placing my order, the prints arrived.

Now, if you've hung with me this far, here's where I'll try to make one of my points (yes, there may be multiple "points" by the end of this thing).  As I began opening the box for the prints an old familiar feeling began to wash over me.  A feeling of excitement and curiosity, just like the past with those film envelopes.  Oddly enough, I had some nervousness mixed in, too, because I wanted these prints to turn out really good.  I finished getting everything unwrapped and upon seeing the prints for the first time my jaw dropped.  They looked magnificent and better than I ever imagined!  And, I once again realized that there is no better way to view a photo than in print.  Yes, computers, laptops, tablets and cellphones are nice and very convenient, but photos were made to be printed.

To add icing to the cake, when my friend saw his new prints for the first time, his reaction was exactly like mine.  He couldn't believe how good they looked and his reaction was 110% worth the time I spent getting the prints ready.

So, thinking back, this whole process made me realize several things (ready for more points??):

1. We allow life to overwhelm us far too often and we all need to slllllooooowww down and enjoy the experiences in front of us because they don't last forever.  It's more important to care about capturing the moment than it is to care about how many people are going to "like" your photos.

2. Share/display your photos!  What's the point in taking them if they're never going to be viewed...and enjoyed...and talked about?

3. Print your photos!  Photos help us remember, good or bad, and are worth printing for permanent display.  They don't belong on hard drives.  Hard drives are dark, magnetic, and spin really fast.  On your hard drive a photo is just a bunch of 1's and 0's.  Printed, a photo can be a work of art, a conversation piece, a memory.

4. Technology is rotting our brains. :)

Now, if I can only follow my own advice.